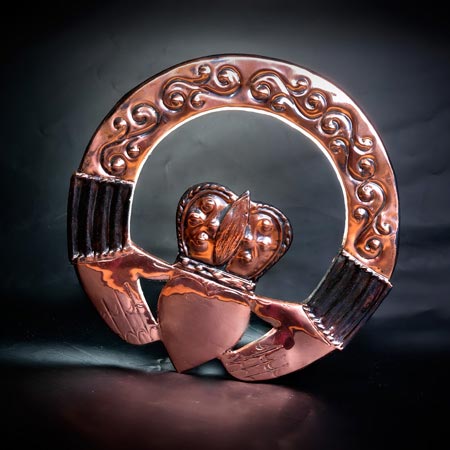 CLADDAGH – the Irish symbol of Love, Loyalty and Friendship…

The Claddagh (Clá-dá) is a well known Irish symbol, but exactly why did the Claddagh become so important to the Irish?

The word Claddagh comes from the Irish word ‘an Cladach’, which means ‘the shore’.  Claddagh is actually a fishing village in Galway where the River Corrib enters Galway Bay and back in the day it was just outside the city walls of Galway.  It is one of the oldest fishing villages in Ireland and locals would have sold their catch at the fish market across the river at Spanish Arch.

Claddagh had its own king and he led the fishing fleet, using the Hooker boats, combating pirates and deciding when to brave the seas. Claddagh villagers spoke Irish and lived in pretty thatched cottages, unfortunately most of the old village was deemed too dangerous and was pulled down in the 1930s, but the views across Galway Bay are still amazing. 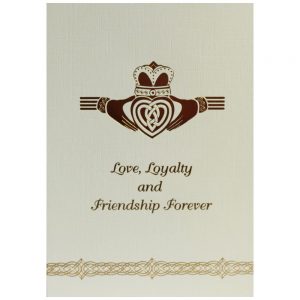 Click on an image to be directed to that gift…..

Shop at an Irish Store, all our gifts are made in Ireland, visit Totally Irish Gifts