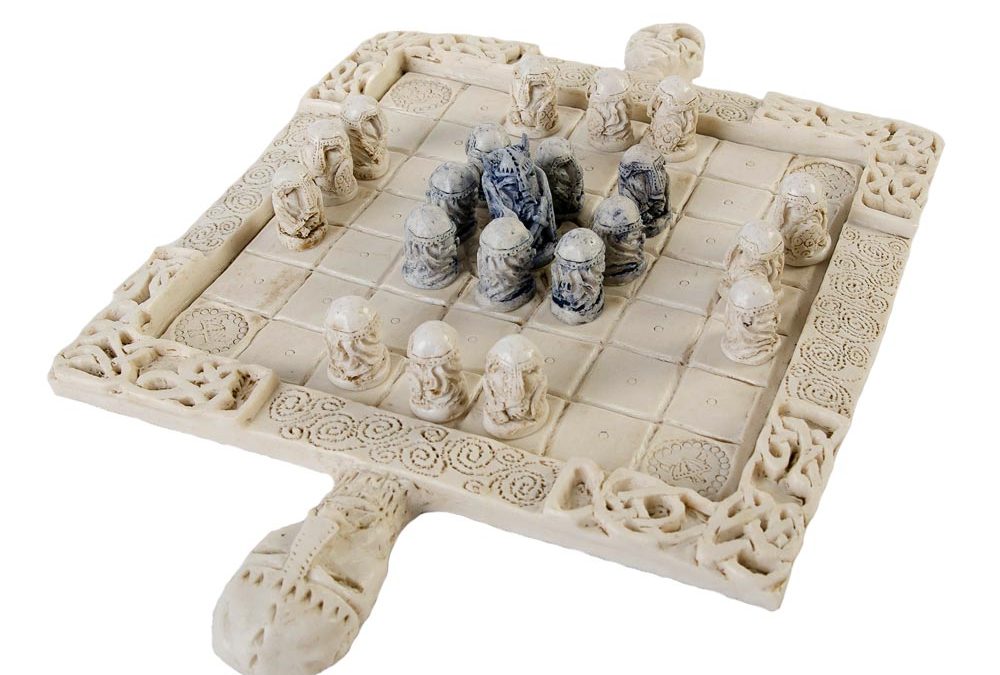 The Ancient Game of Fidchell

Fidchell literally translates as ‘Wood Wisdom’. Legend has it that the ancient Irish game of Fidchell was invented in the 9th century by Lugh. Lugh was the Irish god of light, a master druid and warrior. This Irish game played an important role in the celebrations at the Festival of Lughnasa, which was held in honour of Lugh each August. The ancient game of Fidchell predates the game of chess as we know it by 300 years.

Fidchell was played by and indeed tested the gods, royalty and druids. Those who had the ability to play and win at Fidchell where held in great esteem. Warrior Champions were required to become masters of the game. It is said that the famous Cúchulainn, the hero son of Lugh, was very skillful in playing Fidchell.

Ancient Irish legends describe Fidchell having a mystical notion and could magically play by itself.  It is said that great events were often decided on the result of a Fidchell game.  As these sets were made for noblemen they were a quality item. The board would have been crafted from oak and it is probable that the pieces were of made gold and silver with precious stones and decorated with swirls of Celtic art.

Fidchell was played by two players moving ‘men’ across a board.  The playing board is a seven by seven square grid and the four corners of the board represent the four provinces of Ireland – Leinster, Munster, Ulster and Connaught.  The centre square represents the fifth province, as there was in Ireland in ancient times – Meath, the ruling home of the High King at the Hill of Tara.

Fidchell was strongly connected to Druidism. It is likely that the game nearly died out due to the emergence of the early Celtic Church in Ireland. Although the Irish word ‘ficheall’ for ‘chess’ is still used.

This ceramic Fidchell set, known as the ‘Celtic Chess Set’. It is a reproduction of a playing board that is housed in the National History Museum in Dublin, believed to be made of bog oak and dates from the 9th century.

This Celtic Chess Set is handmade by O’Gowna Studios, Dublin, Ireland. It is made from cold cast porcelain, i.e. a porcelain powder that is bonded so that they are both decorative and functional, which means they don’t break easily. O’Gowna was taught this process over twenty five years ago by Royal Doulton master craftsmen. 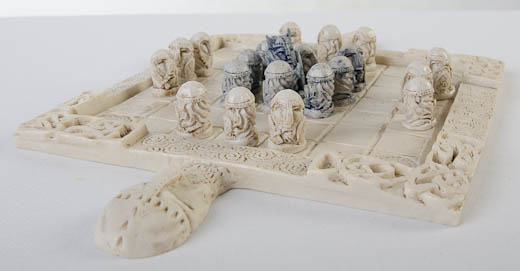 Play ‘Fidchell’ with the

The Celtic Chess Set has 21 pieces:

Objectives of the game:

Captured pieces are removed from the board and when the High King is captured the game is over.

It appears the High King is easy to capture, after all he has only eight defenders against 12 attackers. All is not as it seems! A challenging game of skill – can you become a master?!  View the Celtic Chess Set at Totally Irish Gifts.com.

View click here to view chess boards made in Ireland and in stock at Totally Irish Gifts.

Prices correct at time of blog, prices may increase or go on sale at different time during the year.

Interested in learning about other Irish games? Read about the Traditional Irish Game of Rings.